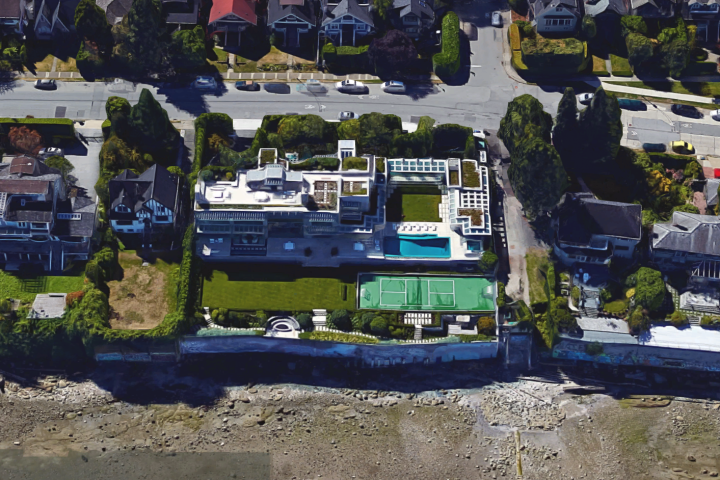 B.C. Assessment has released its list of the most expensive residential properties in the province and the house that came out on top won’t likely be a surprise.

At 15,694 square feet, the Lululemon founder’s home sits on a waterfront lot on the exclusive “Golden Mile,” which houses many of the city’s most luxurious multi-million-dollar homes.

This assessment information was released on Jan. 2 but is based on market values as of July 1, 2017.

Once again at number two on the list is the property located at 4707 Belmont Ave., about an eight-minute drive away from Wilson’s home.

This house, which overlooks Spanish Banks, is an estimated 25,000 square feet.

The rest of the homes on the top 10 list are all located in Vancouver.

You can check out the value of your home and others’ online here.