Foreign buyers may not live in Vancouver, but their money sure does: StatsCan 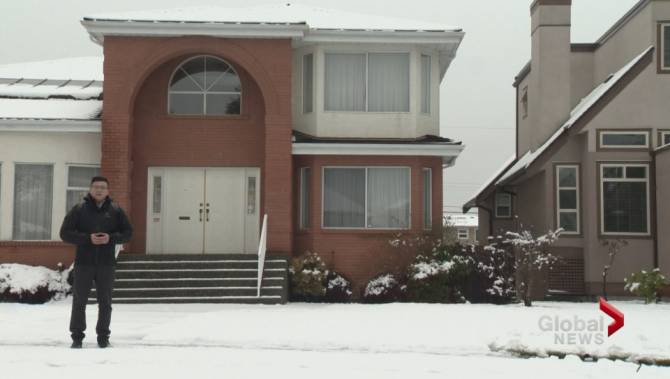 WATCH: Statistics Canada has released surprising new housing numbers that show what foreign buyers are investing in. It's a small percentage of the overall housing market. But it doesn't account for a loophole. Robin Gill reports.

For years, foreign money has been identified as a key factor jacking up Vancouver’s home prices beyond anything that local residents can bear.

On Tuesday, Statistics Canada and the Canada Mortgage and Housing Corporation (CMHC) gave an extensive, if incomplete, picture of just how many of the city’s homes are owned by people from elsewhere — and how much higher they’re valued than the ones owned by locals.

The data, which looked at Vancouver and Toronto, contained many revelations about the share of non-resident ownership throughout Metro Vancouver.

Non-residents were defined as people whose principal residences were outside Canada.

One of the revelations was that single-detached and condominium apartment units owned by non-residents were worth far more than those belonging to Canadians.

The following chart shows the average value of single-detached homes owned by residents and non-residents across Metro Vancouver:

There was also a noticeable gap in municipalities.

Non-residents are also interested in bigger homes — on average, the size of a single-detached home owned by people whose principal residence is elsewhere was close to 4,800 sq. ft., or over 32 per cent bigger than those owned by residents.

The following chart shows the average values of condominium apartments owned by residents and non-residents across Metro Vancouver:

The data also identified a value gap between condominium apartments owned by residents and non-residents.

Across Metro Vancouver, an average resident-owned condominium apartment was worth $530,800, while for non-residents, they were worth $692,000, about 30 per cent more.

In the City of Vancouver, a resident-owned condominium apartment was worth $741,000, and a non-resident-owned unit worth $930,600, approximately 26 per cent more.

The study was compiled by looking at information such as land titles, census of population, property assessments and tax and business register data, while CMHC derived info through telephone interviews of property management companies or building superintendents.

But there were gaps in the research, said Andy Yan, an urban planner and director of SFU’s City Program.