Meet HENRY: Influencing the Next Generation of Wealth

Millennials differ greatly from past generations in many ways: how they navigate career paths, at what age they typically get married and start families, their inclination to invest in experiences over possessions, and the ways in which they make purchasing decisions. As this generation matures and accumulates more wealth, Engel & Völkers Americas set out to discover how this impacts the traditional notion of luxury.

HENRY is an acronym that stands for High Earning Not Rich Yet, which describes a niche subset of Millennials and the youngest members of Gen X who have an annual household income of more than $100,000, effectively representing the next generation of wealth. This report focuses on the Millennial HENRYs, born between 1982 and 1999. 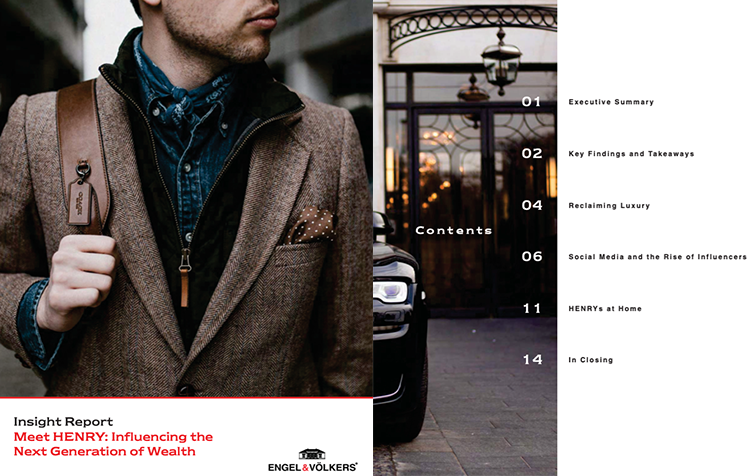 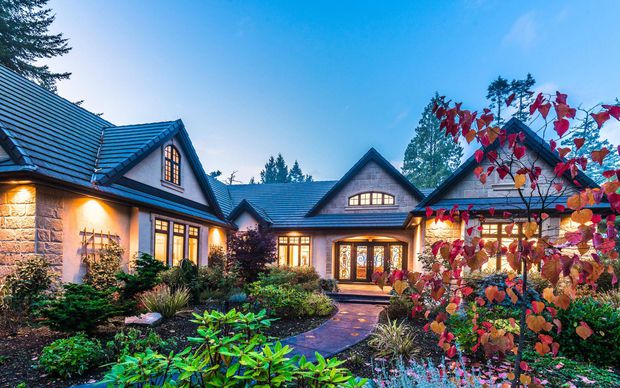 by Shane Dingman (The Globe and Mail)

Want to buy some oceanfront property in British Columbia? It'll only cost you 180 bitcoin, or maybe 160 – no wait, it might change to more than 500 bitcoins.

That's the volatile reality Camilla Stephan-Heck and her husband are facing with their decision to accept the cryptocurrency bitcoin in exchange for their Vancouver Island house. Priced in dollars, they are seeking $2.7-million for the five-bedroom, 18-room bluff's edge mansion.

She's a dentist, he's a lawyer, and they bought their dream property on 1885 Widgeon Rd., near Qualicum Beach, in 2001, right on the waterfront of the Georgia Strait. In 2010, the couple retired and moved their three children from Sherwood Park (outside Edmonton) into a custom-built 5,788 square-foot dream home on the 6.7-acre site.

Ms. Stephan-Heck says the couple's children are moving out, scattering across Canada, and the couple wants to downsize and have property near where they settle. They listed in November, and started advertising on cryptocurrency websites in January.

"I read an article about the utility of bitcoin and I said, 'Would we accept bitcoin for our house?' [Her husband] said, 'I'd be open to it.' It's not done every day," Ms. Stephan-Heck said.

It may not have been done in Canada before, even though along with their house there are a dozen other Canadian listings from British Columbia to Quebec on the Bitcoin Real Estate website: everything from other luxury properties, condos, a farm and even one buyer who claims to have $450,000 in bitcoin ready to spend on a house in Calgary.

In recent months, there have been reports in the United States of houses selling for bitcoin, everywhere from Texas to Florida and nearby Seattle.

"We dabble in cryptocurrency ourselves," Ms. Stephan-Heck says. She says they jumped on the bandwagon in October, 2017, buying some bitcoin and another crytpocurrency named ethereum. "We're fairly diversified in our investments, bitcoin was gaining notoriety and we started doing some research. We've done reasonably well on it. … It's enough to have fun with."

She says the couple would accept either a full or part bitcoin offer, but her real estate agent has told her he still expects to be paid in Canadian currency. The couple has no mortgage on the property, and is in no rush to sell; they are waiting for the right offer.

Ms. Stephan-Heck is also not sure if she would keep all or just some of her new bitcoins, saying she will be looking at the currency's pricing trend when deciding whether to keep or convert it to Canadian currency.

If Canadians were to vote for their national hero, Wayne Gretzky would very probably be their choice. He is known as the best ice hockey player of all time, which has given him the nickname “The Great One”. The Canadian has long lived in sunny California as his chosen place of residence. Now he has sold his property in Westlake Village for 6 million euros through Engel & Völkers.

Luxurious and modern complex offering the utmost privacy
The exclusive residence is located in the Sherwood Country Club Estate, a secure residential development with an outstanding golf course. The mansion spans some 800 square metres inside, with a total of six bedrooms and eight bathrooms. It is appointed to a very high standard and presides over a large pool.

Westlake Village is approximately 25 kilometres from Malibu. The beach city is well known as being a popular choice of home among famous names from the worlds of business, sport and showbusiness.