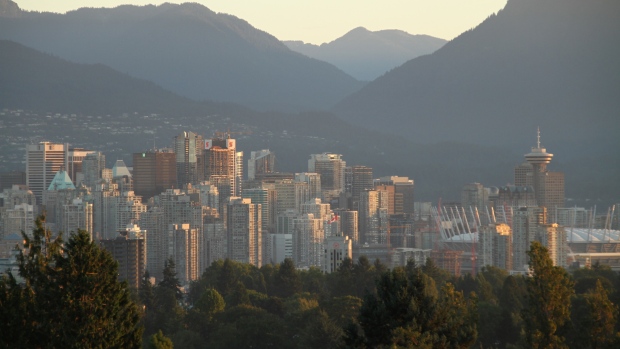 Statistics on housing ownership captured for the first time by Statistics Canada show that when it comes to the impact of purchases by non-Canadian residents, geography and building type matter a lot.

Figures published Tuesday, in a joint project with the Canada Mortgage and Housing Corporation, showed that non-residents owned 4.8 per cent in Metro Vancouver — but the number is much higher when it comes to condos, especially newer ones.

"It's quite substantial when you look at the numbers," said Josh Gordon, an assistant professor at the Centre for Public Policy at Simon Fraser University.

"Non-residents" are defined by Statistics Canada as either a Canadian citizen who no longer lives in the country (but still owns real estate) or a non-citizen who owns property in Canada without using it as a primary residence.

While the percentage of non-resident buyers is still comparatively small, there are plenty of variations in the data worth highlighting. Here are four of them.

In most cases, the number of non-residents with property in Metro Vancouver is below 10 per cent.

But there is one exception: condos built in and around Vancouver in the last two years.

More than one in five condos built since 2016 in Richmond and Coquitlam are owned by non-residents, with 19.1 per cent in the City of Vancouver.

"The main point when you look at the data is to distinguish the stock and the flow," said Gordon.

"That means a huge share of the market, in terms of who is buying in recent years, is non-resident owners. And that will have a major impact in your market."

Sift through the data, and there's a general rule of thumb: the closer the property is to Vancouver, the greater chance it could be owned by a non-resident. 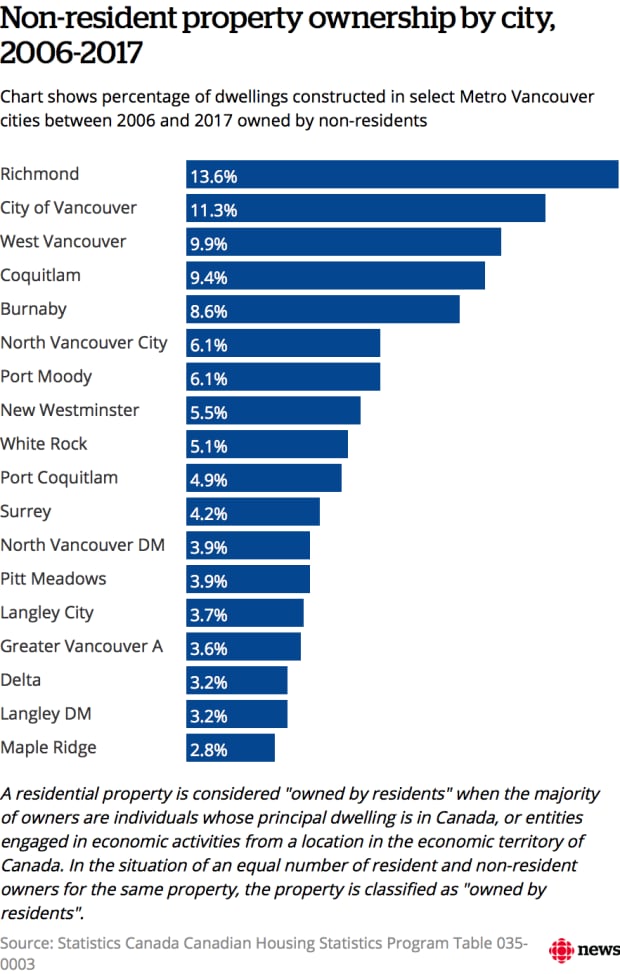 Overall, a non-resident property owner in Metro Vancouver is more likely to own a more expensive property than the average citizen.

The median value of a single-detached house owned by a resident is $1.26 million, while it's $1.62 million for a non-resident.

Finally, anecdotal evidence and monthly sales figures have made it clear for quite some time that it's virtually impossible to find a single-detached home in Vancouver for less than a million dollars, but these new figures prove it.

Statistics Canada provides data for 276,274 detached homes in Metro Vancouver, and about one-third (93,511) were valued at under a million dollars.

In many other parts of Metro Vancouver, detached homes under a million dollars can still be had, but you might have to travel a bit: only in the Fraser Valley are a majority of detached homes worth six figures.